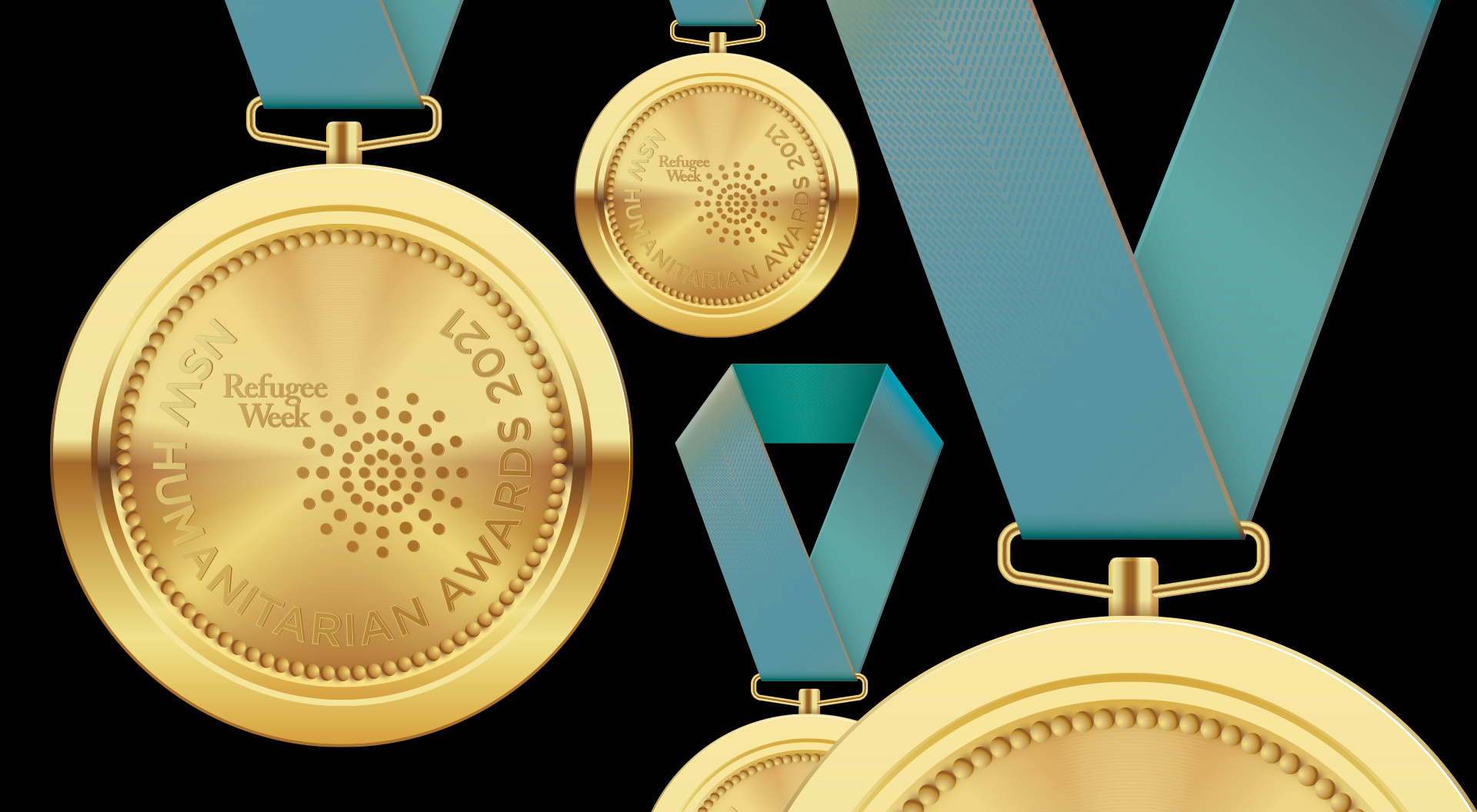 MEDIA RELEASE: The NSW Service for the Treatment and Rehabilitation of Torture and Trauma Survivors (STARTTS) will present the 13th NSW Humanitarian Awards on Monday 21 June, in partnership with the Refugee Council of Australia (RCOA).

The NSW Humanitarian Awards are officially presented annually during Refugee Week to acknowledge and thank those people who have made an exceptional positive contribution towards refugee issues in NSW.

Together, STARTTS and RCOA will acknowledge those that have gone above and beyond in making an extraordinary difference in the lives of people from refugee backgrounds in 2021.

Over the years, the Humanitarian Awards have honoured community leaders, youth workers, lawyers, journalists, teachers and many more – each of them making an incredible contribution to improving the lives of refugees.

This year, the Awards will be presented officially by Her Excellency the Honourable Margaret Beazley AC QC, Governor of New South Wales, in a private official ceremony to take place at Government House, Sydney.

Ahead of Refugee Week, STARTTS CEO, Jorge Aroche said “the resettlement journey is long and arduous. Success depends not just on the work of organisations like STARTTS, but on the actions and commitment of a huge range of stakeholders. It is a privilege to be able to recognise exceptional contributions through the Humanitarian Awards on the occasion of Refugee Week.”

Paul Power, CEO of RCOA said, “the NSW Humanitarian Awards highlight some of the many quiet heroes in our community, working to help newly arrived refugees make the most of the opportunities available to them in Australia.

Among the most inspiring of these local heroes are people who have been refugees themselves, who know the challenges of starting again in a new life from personal experience and are committed to paying forward the support they received when they first arrived.”

The official Awards Ceremony will be livestreamed on Monday 21 June at 4:00pm AEST via @STARTTSNSW official Facebook Page.

The 2021 winners will be announced via STARTTS website on Monday 21 June.

For media inquiries and to arrange interviews contact
STARTTS Communications Officer
Karen.Collier@health.nsw.gov.au or 0432 286 851

STARTTS is a non-profit affiliated health organisation leading the way in refugee trauma rehabilitation. STARTTS services include individual counselling and psychotherapy, group therapy and activities, psychiatric assessment, body-focussed therapies and complementary medicine, specialist programs for children and young people and cutting-edge approaches to treat the impact of trauma on the brain. Clients of STARTTS include people from refugee backgrounds, asylum seekers, refugee community organisations and mainstream services providers. STARTTS’ community development programs have worked with countless refugee community groups to ensure they have the necessary support to build strong, vibrant community organisations. STARTTS has also trained thousands of people working with refugees so they are better able to understand the effects of torture and trauma.

About the Refugee Council of Australia

The Refugee Council of Australia (RCOA) is the national umbrella body for refugees and people seeking asylum and those who support them. We have around 200 organisational and over 1,000 individual members. We are a non-profit organisation which is completely independent of government. You can help us keep fighting for refugees and people seeking asylum by becoming a member, donating, volunteering or taking part in our campaigns.

Refugee Week is Australia’s peak annual activity to inform the public about refugees and celebrate positive contributions made by refugees to Australian society. The first Refugee Week events were organised in Sydney in 1986 by Austcare. In 1987, Refugee Council of Australia (RCOA) became a co-organiser of the week, which became a national event from 1988. RCOA took on responsibility for the national coordination of Refugee Week from 2004. Major-General Paul Cullen, the foundation president of both Austcare and RCOA, actively lobbied, from the 1980s, for a global annual celebration of the contribution of refugees. His dream was achieved in 2001, when the United Nations High Commissioner for Refugees (UNHCR) coordinated the first World Refugee Day (June 20). Refugee Week provides a platform where positive images of refugees can be promoted in order to create a culture of welcome throughout the country. The ultimate aim of the celebration is to create better understanding between different communities and to encourage successful integration enabling refugees to live in safety and to continue making a valuable contribution to Australia. Refugee Week in Australia is always held from Sunday to Saturday of the week which includes 20 June (World Refugee Day).