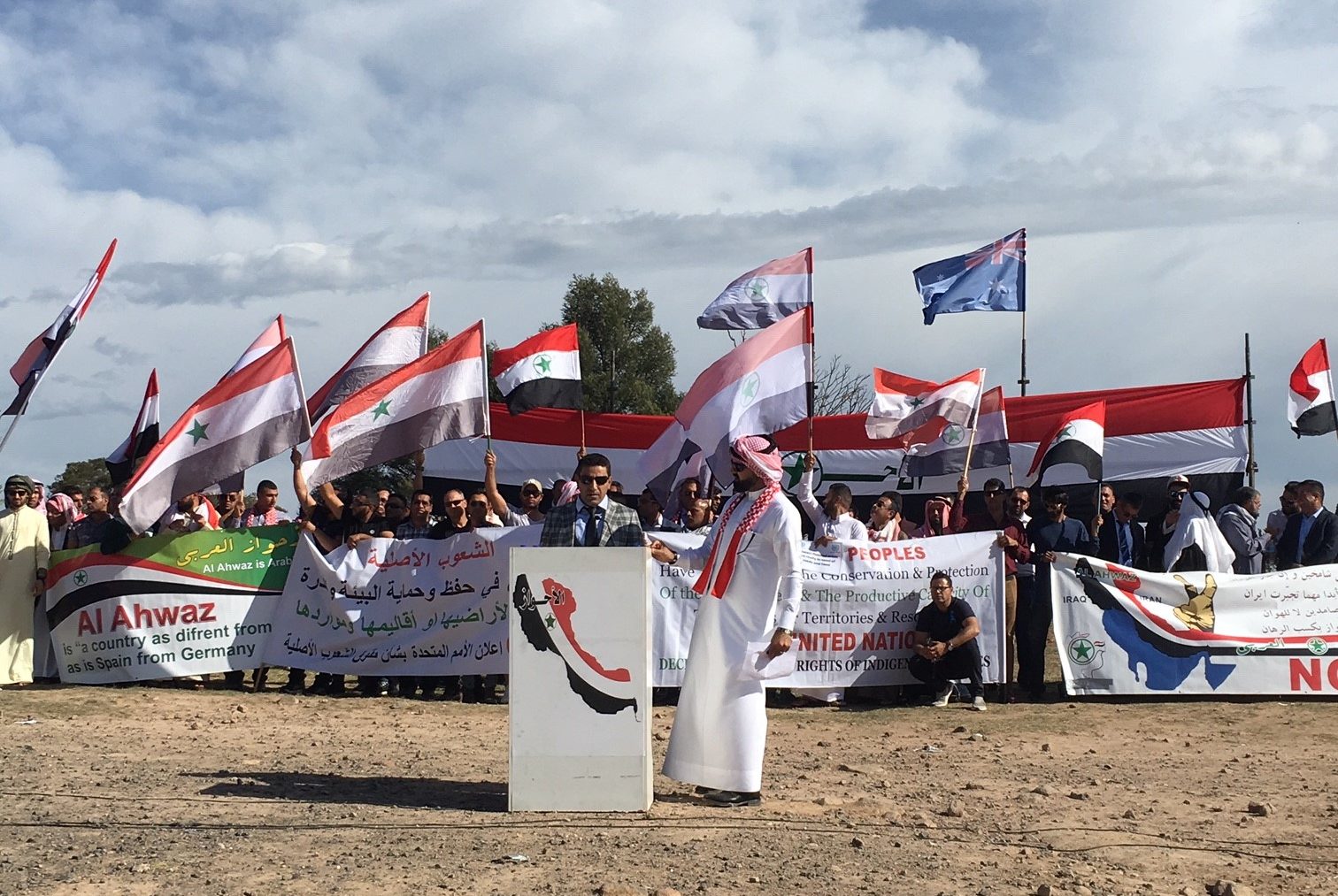 IMMEDIATE RELEASE: Catastrophic flooding is threatening the lives of millions in Ahwaz in southwestern Iran, with at least 1.5 million local people displaced from their homes and the numbers rising daily since 17 March.

According to ethnically distinct Ahwazi’s in Australia (and globally) the main cause of the crisis, in addition to the unprecedented seasonal rains, is the Iranian government’s deliberate opening of floodgates on massive dams upstream on the three rivers feeding the region in the past week, which has unleashed torrential flooding on an unimaginable scale.

At the same time, the regime has militarised and blocked off the delta marshlands area at the rivers’ mouths flowing into the Gulf in order to protect oil and gas facilities there. This has driven millions of gallons of floodwater into residential areas, farmlands, cities towns and villages, with whole areas submerged – up to 300 villages and cities.

Over the weekend of 13-14 April at least 25 individuals were arrested who were involved in erecting flood barriers and providing support for those in flooded areas.

According to president of NSW Ahwaz Association, Malek Khaledi, Arab Ahwazis are hidden in Iran and live in a very rich oil and gas region, with agricultural fields, large rivers, which is a strategic region with ports.

“They (Ahwazi’s) have been living in poor conditions in Iran and the government intends to keep us poor and underground. 95% of Ahwazis are below the poverty line. There is no civilization in the areas we live,” said Khaledi on the eve of global protests planned outside Iranian embassies 18 April, Ahwazis refer to as neisan (15 April). .

“If we are really worried about human rights we should do something. We need to be the voice and the mirror of our people. This is a free country so we can advocate for our people’s rights.”

Khaledi spoke of ‘Black Wednesday’, “when Ayatollah Komeni unleashed genocide in 1979.The Iranian Army killed thousands of Ahwazi’s calling them Iraqis, not Iranians, arrested hundreds and took them to Tehran.”

“It’s not just the flood,” said Khaledi. “For 90 years these people are suffering from cruelty, racism and discrimination. So it’s not going to finish with the floods. The people with nothing are helping themselves.”

A tweet dated 13 April during widespread protests read: “Protesters raise the Ahwazi flag, a clear sign that they abandoned fear of the heavy armed occupation forces. Floods took everything they had. There’s nothing left to worry about. There’s nothing to fear anymore.” (Source Twitter: @H65A65)

The global Ahwazi’s will appeal to regional and international humanitarian organisations tomorrow to move on the crisis and demand a fact finding mission and  international political leadership condemning the regime, who they allege are withholding delivery of urgent aid, as health and security risks increase daily.

The International Federation of Red Cross and Red Crescent Societies called the floods “the largest disaster to hit Iran in more than 15 years.”

The Ahwazi’s in Australia will be staging a demonstration as part of global protests this Thursday 18 April in Australia’s capital.

Millions at Risk in Ahwaz-Sign to Help Save Lives
https://www.change.org/p/iranian-president-millions-at-risk-in-ahwaz-sign-to-help-save-lives