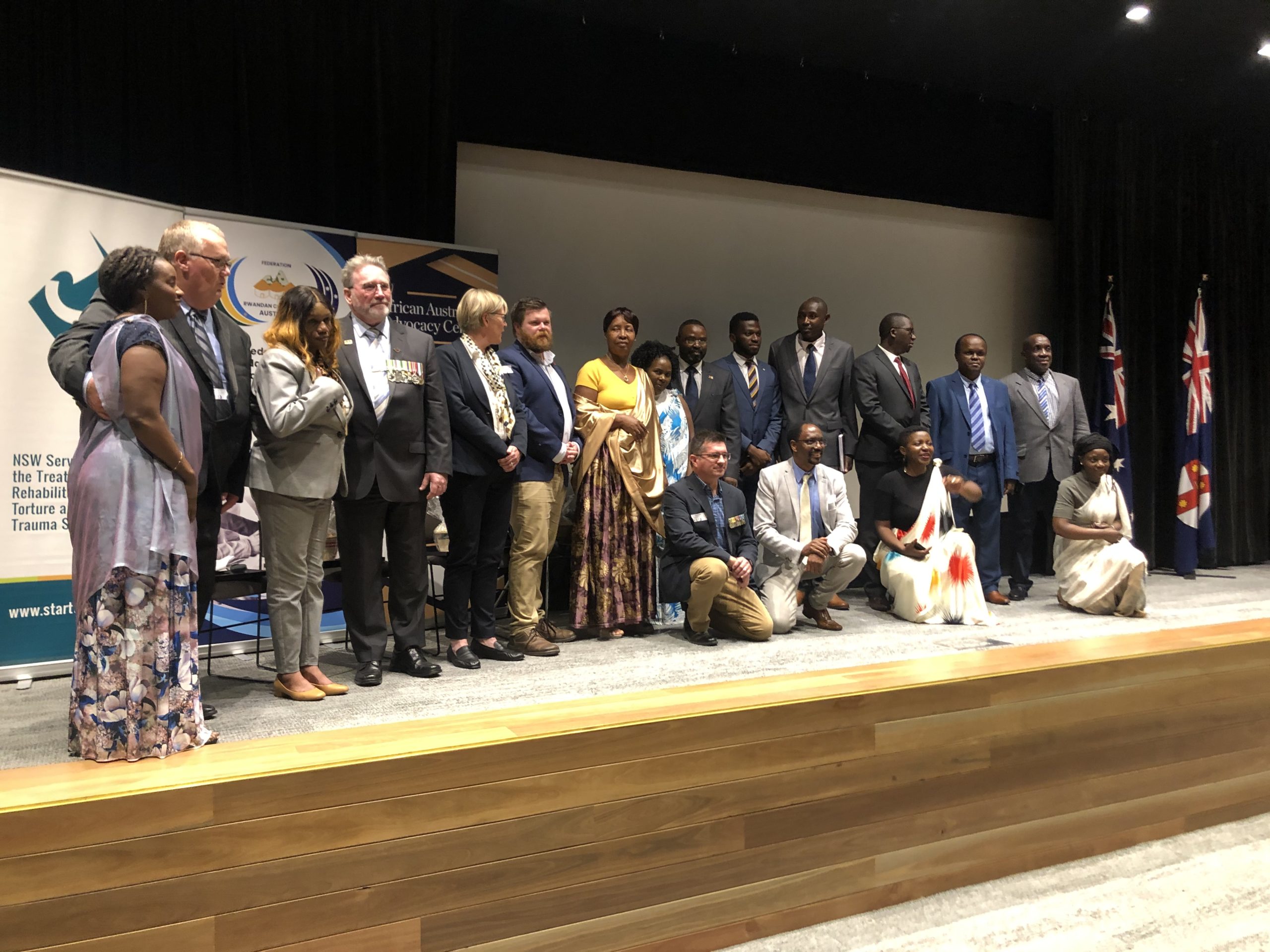 STARTTS was proud to support an event this week commemorating the 26th anniversary of Australia’s participation in Operation Tamar at NSW Parliament House hosted by the Hon. Dr Geoff Lee, NSW Minister for Sport, Multiculturalism, Seniors and Veterans.

Operation Tamar was established in 1994 as part of the United Nations Assistance Mission for Rwanda (UNAMIR) in the aftermath of the country’s civil war and genocide.

Two contingents of Australians – a total of 652 personnel – served in Rwanda between 7 August 1994 and 23 August 1995.The Australian contingent was tasked with providing medical aid to the United Nations force and to the Rwandan people.

The Australian service men and women faced unprecedented conditions dealing with death, disease and destruction in the aftermath of the genocide.

The legacy of service in Rwanda continues to affect many veterans of Operation Tamar to this day.