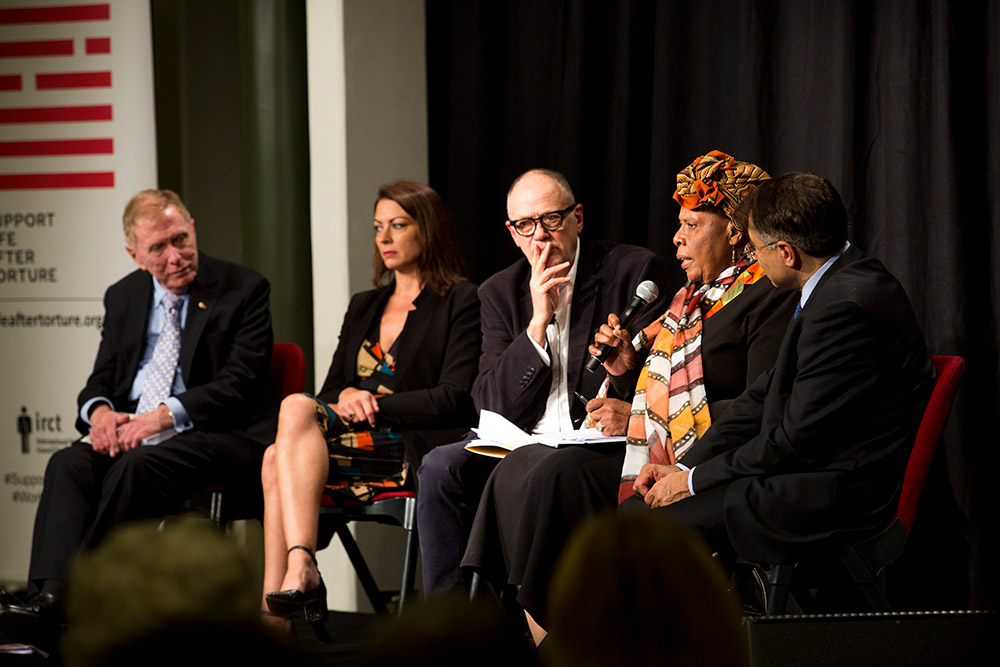 The UN International Day in Support of Victims of Torture on 26 June marks the moment in 1987 when the UN Convention Against Torture and Other Cruel, Inhuman or Degrading Treatment or Punishment (UNCAT), one of the key instruments in fighting torture, came into effect. Today, the convention has been ratified by 162 countries. 26 June every year is an opportunity to call on all stakeholders, including the UN Member States, civil society and individuals everywhere to unite in support of the hundreds of thousands of people around the world who have been victims of torture and those who are still tortured today. The day is part of a global movement to combat torture in all its forms, led by the International Rehabilitation Council for Torture Victims (IRCT).

From the vantage point of the IRCT movement and the organisation’s current President, STARTTS CEO, Aroche traveresed 33 years of the IRCT’s history across global regions, commending the work of IRCT member centres while stressing the challenges present in the global context of rising populist and hard line nationalistic tendencies and the number of forcibly displaced people placing a strain on services to meet the level of global need. The important thing about torture, concluded Sekai Holland, is that every society has “an infrastructure of violence” that has kept societies in the way they function to this day.

Our event attracted wide interest in the mainstream media and was filmed and aired nationally on Foxtel’s Australian Public Affairs Channel (A-PAC). STARTTS wishes to warmly thank our guests, volunteers and ambassadors, for coming together to participate and strengthen the movement in support of the IRCT’s Global Campaign: Support Life After Torture.