Including running a workshop at the weekend in the Megalong Valley in the Blue Mountains where he taught the group of mostly younger people how to address racial vilification and racist violence.

As a leader of the Australian South Sudanese community, he condemned racial profiling and reaffirmed the spirit of multicultural Australia.

He said: “Members of our community in Western Sydney have a long track record of operating our own programs to help steer young people away from crime.”

The weekend workshop, the Peace Leadership Training Camp: Alternative to Violence Program, was run by the Community of Southern Sudanese NSW and Other Marginalised Areas Association, (CSSOMA) facilitated by NSW Service for the Treatment And Rehabilitation of Torture and Trauma Survivors, or STARTTS, one of several community development programs currently facilitated by the organisation with the Australian South Sudanese community. 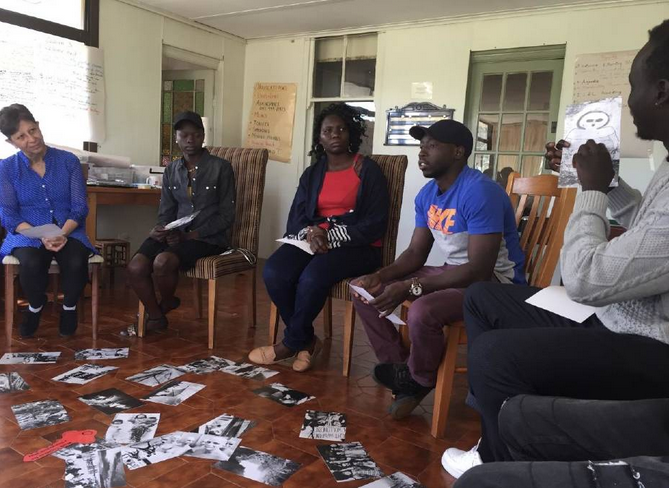 These workshops empower people to liberate themselves and others from the burden of violence.

The fundamental belief of the project is that there is a power for peace and good in everyone and that this power has the ability to transform violence.

The project builds on a spiritual basis of respecting and caring for yourself and for others.

The Australian pilot of the project was helped with funding from Parramatta’s community-grants program.

Mr Kondok hoped that the youth camp, which was modelled on a US program, will help foster peace-building and leadership skills among young people.

“Young people are the backbone of society,” he said. “There’s a need for our peace-building initiatives to be more visible in Australia.”

STARTTS’ Communities in Cultural Transition project officer David Ajak Ajang said: “The camp was about self-awareness and for the youth to understand who they are and how powerful they can be.” 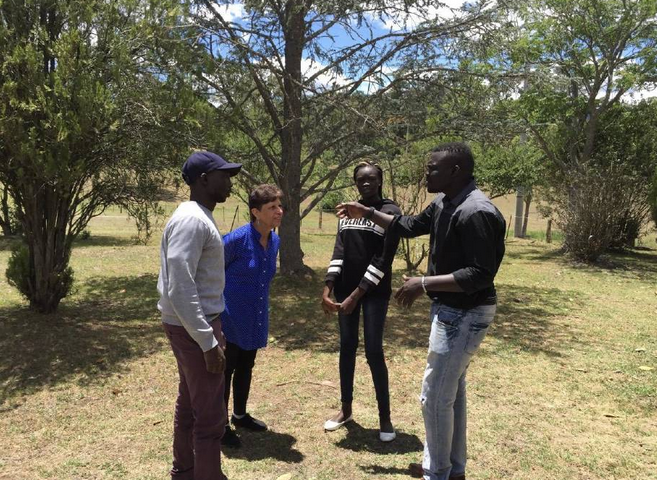 Mr Kondok said tackling racism and supporting youth at risk is now common ground uniting his community, a community which has in the past faced challenges in overcoming tribalism.

He hoped the Alternative to Violence program will groom a generation of peace-builders who would go on to become facilitators of the program in the future out in the community.

Mr Kondok completed the Alternative to Violence training program in the early 2000s in Kenya with the Live and Peace Institute.

At the time, he had been participating in peace talks and found a sponsorship opportunity to complete the training.

Reflecting  on the first intake of South Sudanese refugees to Australia with a sense of gratitude, he recalled the visit of then-immigration minister Phillip Ruddock to refugee camps in South Sudan in 1997.

The Sudanese fondly call Mr Ruddock “the father of South Sudanese in Australia,” Mr Kondok said. “We were very impressed with the work Howard and Ruddock did at the time. They made a wise decision to bring South Sudanese into Australia.”

Mr Kondok said the Howard government’s decision to resettle the South Sudanese and other Africans in Australia had not been in vain.

Mr Kondok will take his message to Melbourne on Wednesday, January 17, for a joint press conference including leaders of the South Sudanese community in Victoria and the Alternatives to Violence program will continue at Parramatta from 22-23 March.

This article was first published in Fairfield Champion.