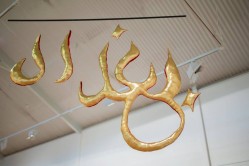 One of STARTTS’ most ambitious community development projects to date, Little Baghdad, has been presented in Fairfield to great acclaim since it launched in June.

The third and final instalment of the project, 1001 Nights in Fairfield, is currently showing at the Fairfield City Museum and Gallery until 16 November 2015.

The project has been several years in the making with Australia’s largest Iraqi communities by Powerhouse Youth Theatre and STARTTS, and it’s been an enriching experience for everyone involved.

Fairfield City Museum and Gallery also became a project partner of Little Baghdad to stage the exhibition and education components. For more information about 1001 Nights in Fairfield, download the exhibition catalogue (PDF)

The three instalments of Little Baghdad are:

STARTTS is delighted to announce…