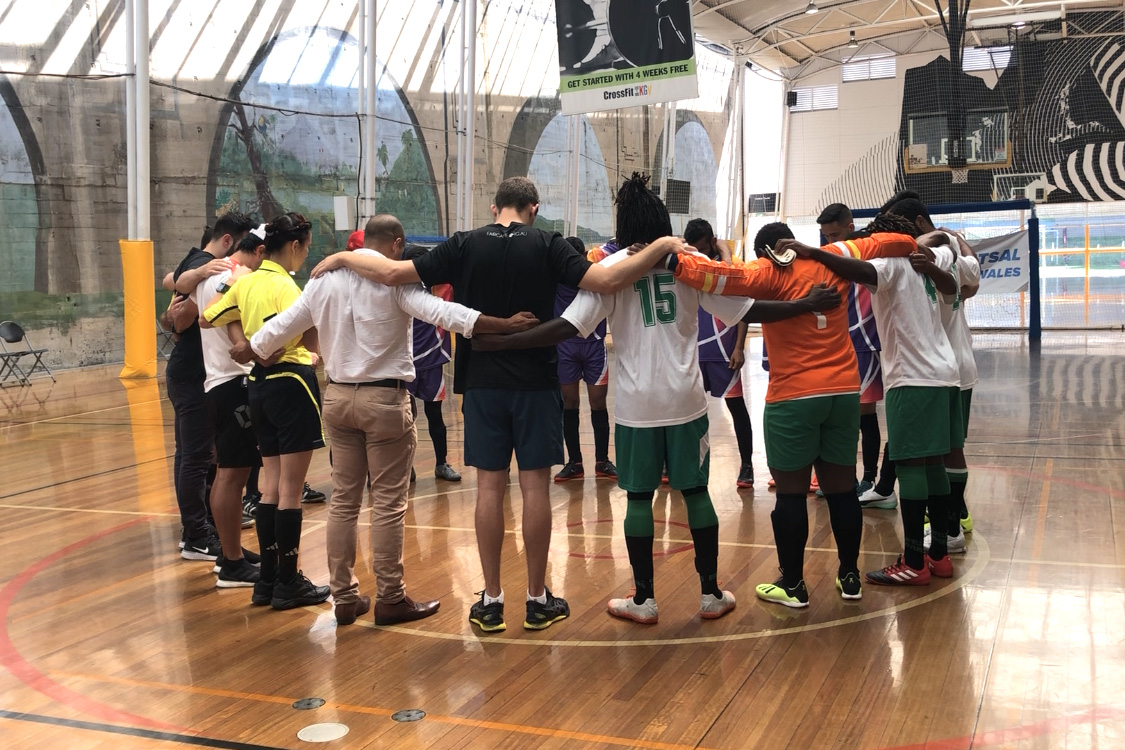 FOR IMMEDIATE RELEASE: The NSW Service for the Treatment and Rehabilitation of Torture and Trauma Survivors (STARTTS) will hold its 11th Refugee Ball this Friday, 1 November at the Hyatt Regency Sydney in the City of Sydney.

“STARTTS Refugee Ball has become established as one of the most culturally diverse gala events in our wonderful city of Sydney,” said STARTTS CEO, Jorge Aroche.

“Equally importantly, it also enables us to raise funds for valuable projects that assist torture and trauma survivors, not just in NSW, but also in solidarity with agencies like STARTTS in less favourable places around the world.”.

The historic campaign served to awaken the national conscience around the power of community, compassion, social inclusion and the beautiful game.

As a model of community development at the grassroots level, football has served to unite and connect communities across Australia and in 2019, those same communities helped save the life of one of its own.

The International Rehabilitation Council for Victims of Torture (IRCT) is a global network of torture and trauma rehabilitation centres – more than160 centres in over 70 countries that has been fighting for a world without torture for over 30 years.

As one of the IRCT member centres, STARTTS recently celebrated 30 years of uninterrupted service provision to over 70,000 refugees and asylum seekers fleeing war, persecution in the context of political conflict, religious discrimination, and violations on their health and human rights.

Half of funds raised at this year’s Refugee Ball will be destined to fund a global initiative designed to support the work of torture and trauma services around the world.

“In the context of diminishing support from a global north increasingly more concerned with domestic affairs, funds to support the rehabilitation of torture survivors in developing countries have become critically scarce,” said STARTTS CEO and president of the IRCT.

“Since governments in post-conflict and neighbouring countries are for the most part unwilling or unable to fund torture rehabilitation services,” said Aroche.

“We are issuing a call to civic society around the world to support the work that governments will not fund.”

The other half of funds will be donated to the “M-Series” Multicultural Futsal Program.

An overarching goal of the M-Series is to make newly arrived migrant communities, especially those from refugee backgrounds, feel welcome in Australia and contribute to their integration into society.

“Sport and physical activity not only assist healing, but are also a wonderful tool to promote social cohesion and integration,” said the clinical psychologist and football enthusiast.

‘We have made colossal strides in our understanding of how the brain and body are affected by stress and trauma over the last 15 years. In the context of this learning journey, the importance of physical activity, fun and social connection for good mental health has become increasingly irrefutable,” said Aroche.

The first round of the M-Series tournament was held during the City of Sydney’s Harmony Week back in March this year.

Of the causes highlighted at this year’s Ball Foster remarked, “Hopefully we can raise some much needed funds for the program to provide treatment and ongoing support.”

“Community is about caring for each other and compassion,” said Foster.

Hachette Australia will release Foster’s book, Fighting for Hakeem in Sydney this week ahead of the Refugee Ball.

Hakeem al-Araibi, a member of Pascoe Vale FC (Victoria) will make a special guest appearance at the Refugee Ball, alongside refugee footballers and community leaders from both emerging and established refugee communities from across multicultural NSW.

Expected to draw up to 500 people, the 2019 Refugee Ball will be co-hosted by ABC News Anchor and Senior Broadcaster, Tracey Lee Holmes and Chris North and feature the personal story of Mohammad Junaid, member of Sydney Rohingya FC and the Burmese Rohingya Community of Australia (BRCA).

For media inquiries or to arrange interviews contact
STARTTS Head of Communications
0432 286 851 or Karen.Collier@health.nsw.gov.au

STARTTS is a non-profit affiliated health and human rights organisation leading the way in refugee trauma rehabilitation. STARTTS services include individual counselling and psychotherapy, group therapy and activities, psychiatric assessment, body-focussed therapies and complementary medicine, specialist programs for children and young people and cutting-edge approaches to treat the impact of trauma on the brain.

Thank you Dr Joan Haliburn for your generosity

The recent workshop on treating…

MEDIA ALERT: Launch of the Hints for Healing Website