This year’s event which was entitled, with courage let us all combine, a lyric from Australia’s national anthem. It was a line that resonated throughout the entire community event held at Warrawong High School, demonstrating the power of just what happens when Australian society does come together and ‘combine’. 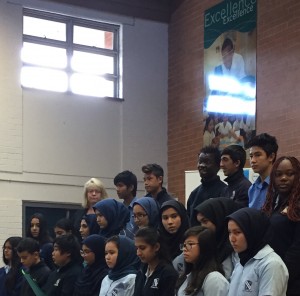 There were performances from students hailing from war torn parts of the world who now call Australia home, supported by their excellent and dedicated teachers. The multicultural choir, the Keira High Diamonds, sang Amazing Grace, which they dedicated to Andrew Chan and Myuran Sukumaran. There were also several musical performances from some of the talented students of Warrawong High, who also introduced some of their own musical heritage with a spirited African drumming performance. A bit of Sri Lanka was also infused into the event, with The Break Out Boys taking over the stage and wowing the crowd with their moves.

Former refugees extended a welcoming hand to more recent refugees, as well as generously sharing their experiences with the audience, which included many students from Warrawong High. A panel discussion included three former refugees who all spoke movingly of their experiences before coming to Australia and their lives since then: Hani Aden who left Somalia and ended up in detention on Christmas Island; Priscilla Bul from South Sudan, who spent the first part of her life growing up in a refugee camp; and Teresa Tran who fled Vietnam by boat and eventually settled in the Wollongong area where she now leads an accounting practice. The discussion also included the Mayor of Wollongong, Gordon Bradbery, who spoke from the heart about what a great asset a truly multicultural community is and his advice to those who were afraid of new arrivals was to “take a chill pill”!

The stories of the three women, and the moving performances from the students, showed the resilience and courage that so many of refugees have, and the incredible internal resources that people draw on to not only survive, but to thrive in their new home of Australia. 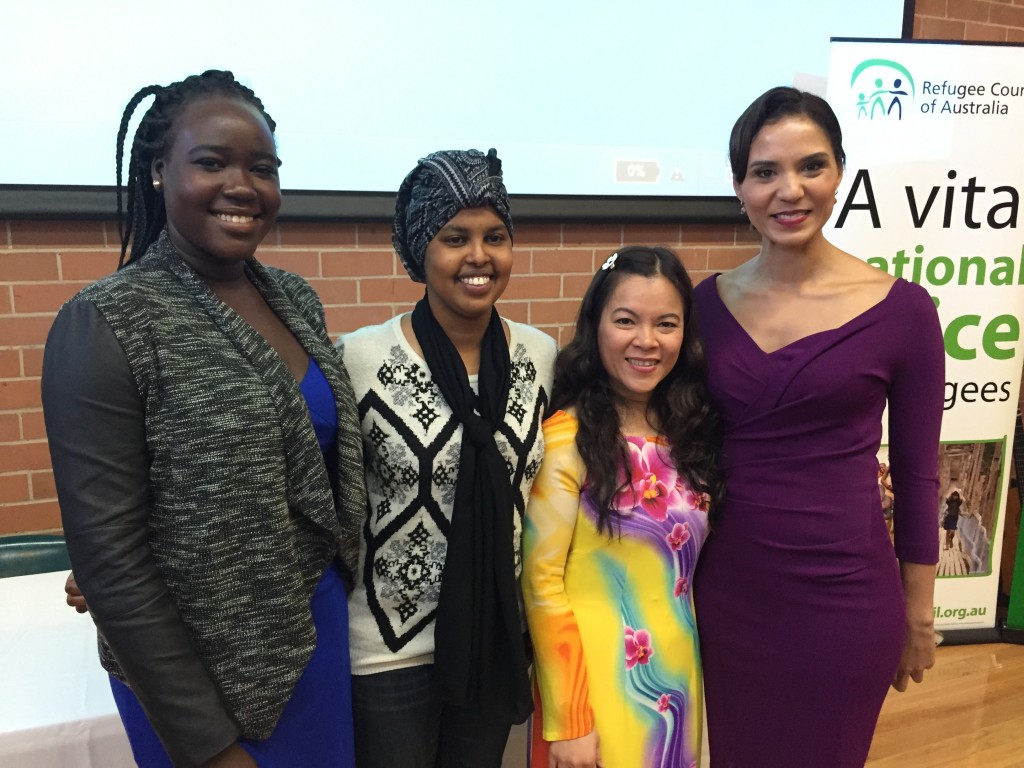 Each year, as part of Refugee Week, the Humanitarian Awards are held to acknowledge those who have made an outstanding positive contribution to supporting refugees in NSW.

The Humanitarian Awards also provide a chance to promote the hard work and achievements of both individuals and organisations in various fields that play a substantial role in improving the lives of refugees.

At the launch of Refugee Week 2015 we presented awards to 9 exceptional people who are making the most outstanding contributions to refugee issues in NSW.

Awards were presented to the following winners:

Business – Ravi Prasad and ‘The International Shift’ at Parliament on King 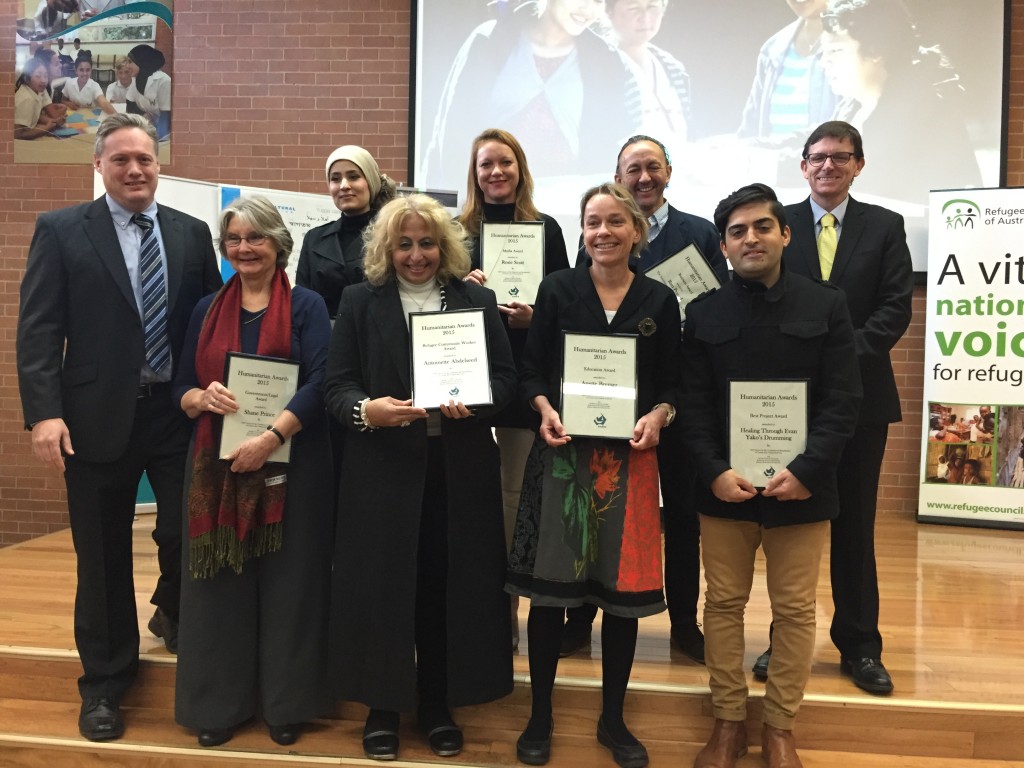 IT STARTTS HERE: ‘There’s a need for peace-building in Australia’

Emmanuel Kondok, of Fairfield, is…

Our congratulations go to Dr Nooria Mehraby for her achievement in being awarded Professional of the Year at the Australian-Muslim Achievement Awards,(AMAAs).

Statement regarding the settlement of refugees in Australia

Paris Aristotle AM, CEO of…