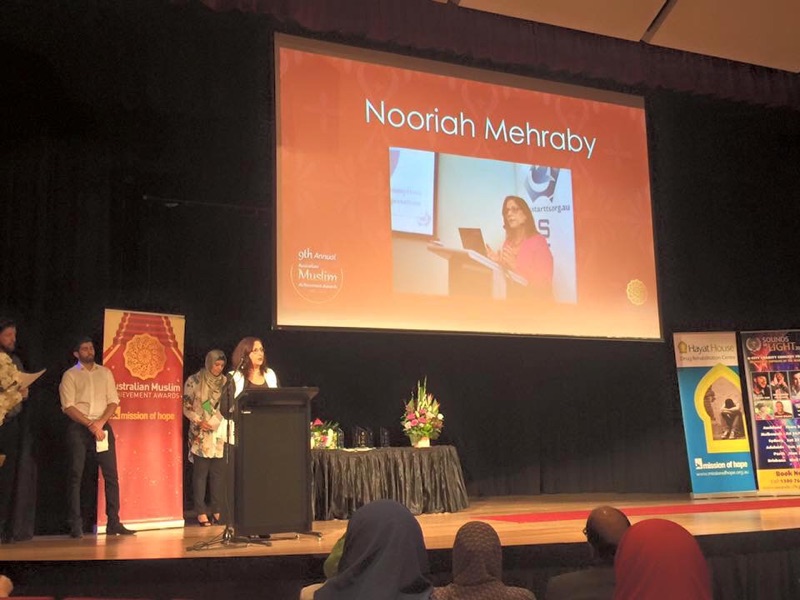 Our congratulations go to Dr Nooria Mehraby for her achievement in being awarded Professional of the Year at the Australian-Muslim Achievement Awards,(AMAAs).

It is a well deserved honor for Nooria, who has devoted most of her working life to the service of those displaced by war, and to fostering a greater understanding with Muslims in Australia.

Nooria trained as a medical doctor in Afghanistan, and worked as a medical practitioner in Pakistan, treating Afghan refugees. She later completed a Masters of Counselling in Australia, and has spent over two decades at STARTTS, providing counselling to those who have rebuilt their lives in a new land.

For Nooria it is reminiscent of her earlier days at STARTTS, and the impact of the attacks of 9/11 on the Afghan community, many of whom were retraumatised by the events. Nooria worked with STARTTS Clinical Coordinator ,Mariano Coello, on developing an education program to increase awareness and educate others about the Muslim population. They targeted schools, universities, and government organizations, going school by school, and campus by campus. 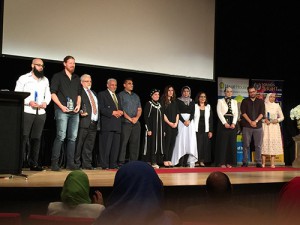 Nooria is a widely published author and international speaker on the needs and experiences of people from refugee backgrounds. She has trained hundreds of clinicians working in trauma assessment and interventions.

We look forward to many more years of dedicated service from Nooria.