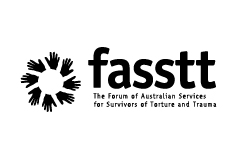 STARTTS is part of the FASSTT network and endorses this statement of concern about the Australian Border Force Act 2015.

The Forum of Australian Services for Survivors of Torture and Trauma (FASSTT) expresses its profound concern that the Australian Border Force Act 2015 has created a serious criminal offence for people providing services to the Department of Immigration and Border Protection (DIBP) to publicly disclose information about damaging effects of government policy on individuals in detention and other asylum seekers.

FASSTT is a network of Australia’s eight specialist rehabilitation agencies that work with survivors of torture and trauma who have come to Australia from overseas. We are contracted by DIBP to provide services to people of refugee backgrounds in the community and in places of detention.

FASSTT acknowledges that there are important areas of DIBP policies and operations which are properly the subject of strong confidentiality requirements.

However the provisions of the Border Force Act appear to extend well beyond what we consider are legitimately prohibited matters for public disclosure.

FASSTT notes that a significant number of health, legal and other commentators have made strong representations that the legislation may constrain the reporting of cases of abuse of individuals in immigration detention.

Legal advice secured by FASSTT members indicates that the following actions (among others) which we have ordinarily undertaken for years might now breach the law:

• A counsellor prepares a report to a client’s lawyer which describes that the client’s wellbeing is adversely affected by the conditions in which they are detained;
• A staff member conducting a professional development course uses scenarios based on actual circumstances to inform participants about the experiences of asylum seekers which may be pertinent to the provision of services to their clients;
• The CEO of a FASSTT agency writes an article for a newspaper or gives a television interview about immigration detention conditions.

The government has sought to provide assurances that the legislation does not criminalise the reporting of abuse, disclosure about conditions of detention or other matters which people about which people should be able to speak without fear.

However, having reviewed the advice which its members have received, FASSTT considers that the legislation is seriously flawed and will deter people from reporting and discussing matters of importance.

FASSTT requests the Government to remedy the situation as a matter of priority through legislative and other measures or both.

SBS puts STARTTS in the news