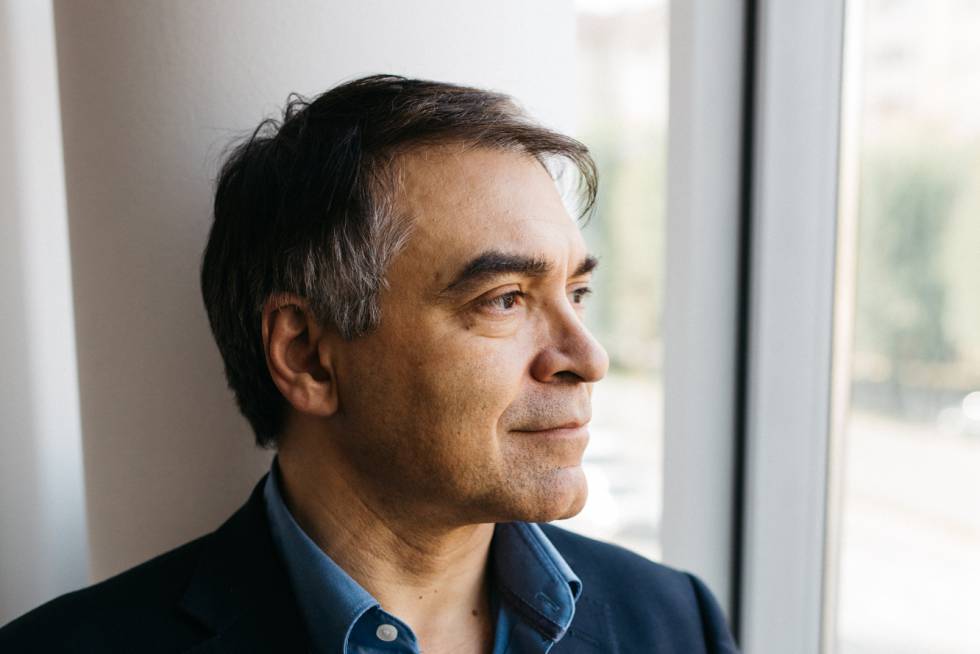 The president of the International Council for the Rehabilitation of Torture Victims, Jorge Aroche warns that torture is on the rise in a Conference on mental health, forced displacement and ethnic minorities.

For thousands of refugees in Europe, the Serbian city of Novi Sad is the last stop before reaching the Hungarian stop , another border of the European Union that remains militarized since the refugee crisis began two years ago. For the Serbian population, however, it is the living memory of the latest NATO bombings against the regime of Slobodan Milosevic, as attested by the reconstructed bridges that, 18 years later, once again caress the Danube.

In this scenario of past and present violence, a conference on mental health, forced displacement and ethnic minorities was held last week. It involved Jorge Aroche, president of the International Council for the Rehabilitation of Torture Victims (IRCT), a movement of health professionals from 170 health centers in 74 countries that serves about 100,000 people a year, according to their own records. This Australian clinical psychologist, who migrated with his family from Uruguay at the age of 14, is also director of STARTTS, a service for the rehabilitation of survivors of torture in Sydney, Australia.

“The situation of torture in the world is getting worse,” Aroche warns in a pause at the meeting of experts organized by the International Society for Health and Human Rights (ISHHR) in Novi Sad. In his opinion, countries that had registered improvements in recent years have regressed again. “This is the case of Turkey, Egypt or Mexico, among others,” he says.

Aroche understands that in this decline participates “a very nationalist populist discourse, where fear is used to get popular support,” and believes that speeches like Donald Trump’s do not help. The American president surprised the world in January justifying the usefulness of this prohibited practice . “Unfortunately he is not the only one”, reflects the expert. “Many of the governments that had a plan to abolish torture have changed their concerns and are now directing them to internal issues, such as border control,” he adds.

Speeches like that of Donald Trump “do not help” to combat the practice of torture.

And everything, despite the fact that there are numerous reports (such as that of Senator Diane Feinstein, issued in December 2012 and declassified in December 2014 on the detention and interrogation program of the US Intelligence Committee) about the null utility of this practice, beyond legal or moral considerations. Feinstein’s document points out that even before the attacks of September 11, 2001, “the CIA knew from its own experience that coercive interrogations do not produce intelligence, but false answers.”

So, why is torture continued? “It is a tool of social control”, answers Aroche. It is exercised by governments, he says, but also by other actors such as organized crime or certain movements that dispute power. “It seeks to exercise control through terror, the feeling of destruction of humanity that produces torture, is a way to intimidate the population,” he says. The opinion of the president of the IRCT coincides with the conclusions of the United Nations Special Rapporteur on torture, who warned in 2016 that after 30 years in office he had seen the increase in tolerance of political violence and torture in the region. name of national security “.

What to do in the face of the global dimension of such a problem and with the hundreds of thousands of victims that it leaves annually? Aroche points out that one of the challenges of socio-health treatment for victims is not to distance themselves from the public denunciation of torture. “The rehabilitation movement can not be separated from prevention, we would like to live in a world where our services are not needed, but it is quite utopian at the moment and there is much less disclosure about what happens to the victims, about how they are remade the lives of the survivors “, he explains in reference to the needs of rehabilitation, recognized by the International Law .

“Rehabilitation is a task where specialized services are needed, but unfortunately this work is not widely known and that means that it is not offered to the majority of victims,” he argues. The last general assembly of the body that chairs, in December 2016, called on States to comply “with the right to rehabilitation” and urged to provide funds necessary to satisfy that right.

But the Australian expert not only asks for support from governments. But also respect for the humanitarian work and the integrity of the members of the entity. About two out of every three survivors of torture are treated in the same countries where they suffered. That, denounces Aroche, makes many workers have been “attacked by the State or detained with different excuses, but the reason is that they are working with people who have been tortured by the government of that country.”

The IRCT promotes the use in its centers of the Istanbul Protocol , an expert tool created by the United Nations for the exhaustive documentation of the survivors of torture and inhuman and degrading treatment. In this way the sanitary and legal consequences derived from the abuses are recorded, to the discomfort of those who have perpetrated them.

Given the recent arrival of refugees in Europe , Aroche recalls that when talking about two million refugees “we have to understand that a significant proportion are people who have been tortured or traumatized,” he reasons. “They will need to have specialized rehabilitation services to regain control over their lives and be able to insert themselves into the host society and contribute to it in the human, social and economic aspects.” Its center in Australia has passed in 30 years from a dozen workers to more than 200, and has become an international reference in the research, development and dissemination of innovative techniques for the rehabilitation of psychic trauma.

With the soft Uruguayan accent that he maintains when conversing in Spanish, this tango lover remembers that the process of trauma rehabilitation is complex, as is the process of welcoming a new society, due to the efforts involved in integrating into a new cultural and create new social networks when it comes to a situation of such harmful persecution. “In addition, these people have had many losses and go through grieving processes.To provide rehabilitative services is, in their opinion, one of the best investments that host societies can make can be made to ensure integration.” In Spain, the Spanish Commission of Refugee Aid (CEAR) participates in this network of rehabilitation centers.

Despite the grave situation of torture in the world, Aroche, always prudent, defends an optimism based on facts of reality: “In the end, it’s the every day people who stand strong, will always condemn torture.”