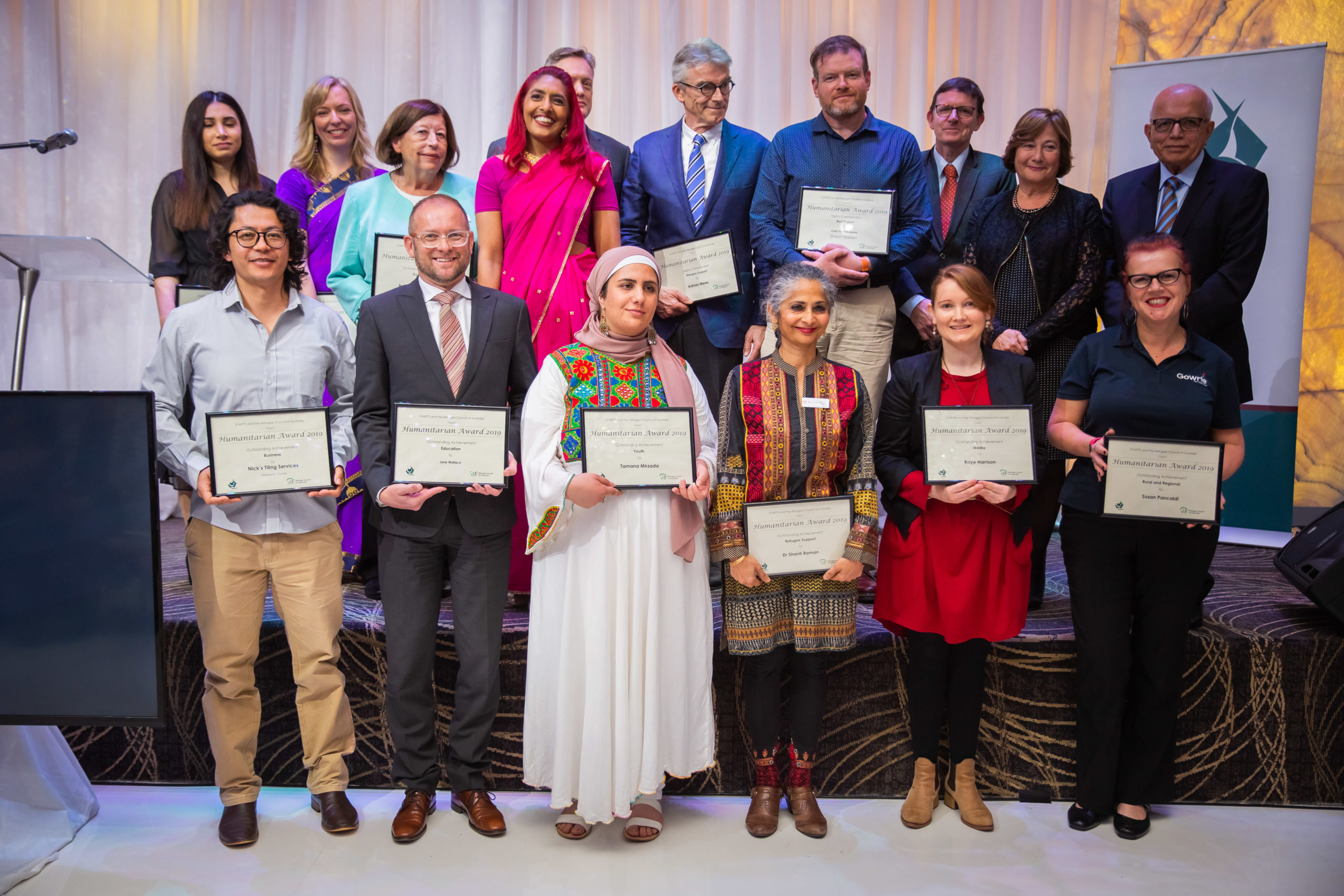 ANNOUNCEMENT: STARTTS wishes to warmly congratulate the 2019 NSW Humanitarian Award Winners who were acknowledged during an official award ceremony in the City of Fairfield last Friday during STARTTS’ 30th Anniversary celebrations at the Imperial Paradiso.

The Awards were announced in 9 categories and were co-presented to this year’s inspiring recipients by STARTTS CEO, Jorge Aroche, together with Paul Power, CEO of Refugee Council of Australia (RCOA), STARTTS Deputy CEO, Lachlan Murodoch and Deputy Chair, Ezel Jupiter.

The Humanitarian Awards are held each year to acknowledge those who have made an outstanding positive contribution to supporting refugees in NSW.

Refugee Community Worker
A former refugee working on refugee issues with their own or other refugee communities, in either a paid or unpaid position

Supporter of Refugees
A member of the broader Australian community, of any background, supporting and assisting refugees in any capacity, in either a paid or unpaid position

Youth
A young person aged 12-25 of refugee background making an outstanding contribution to Australian society in their chosen field.

Education
Schools, universities and other educational institutions, or individuals working at such institutions, who assist former refugees by breaking down barriers to education

Government
Individuals or organisations from the government or legal sectors working to advise, assist or support asylum seekers or refugees

Business
This award is for small or large businesses employing, assisting, established/run by or in any other way supporting refugees

Best project
This award is for an outstanding project working with or assisting refugees. The project can be run by an individual, group or organisation and can either be ongoing or completed during the last year

Each year, as part of…

Support for NSW Residents Affected by the Beirut Explosions

Every year STARTTS holds the…